Prev Why can’t I visit a baby in the NICU?

Hit the slopes safely this season

Next Sugar: Does it cause cancer? 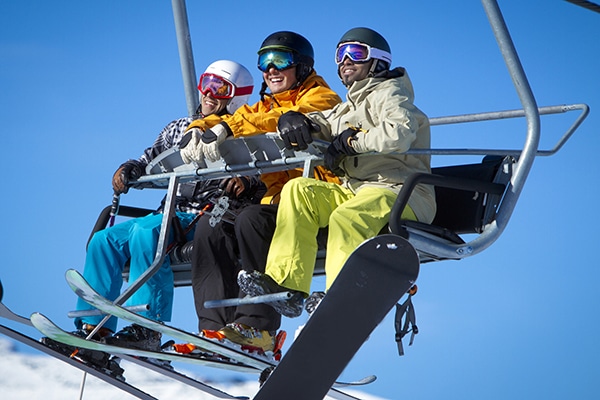 Skiing and snowboarding trips are something many people and families look forward to over the holidays and during the winter months. But for most it’s not a year-round hobby, so people may overestimate their abilities, and instead of speeding gracefully down the slopes like stars Bode Miller or Lindsey Vonn, they can end up more like Slovenian skier Vinko Bogataj in the “agony of defeat” from ABC’s Wide World of Sports.

It’s not uncommon for weekend or holiday warriors to end up in the emergency room after a fall on the slopes. But that doesn’t mean it can’t be safe, and there are ways to minimize your risk.

Be realistic about your abilities, and do not get overconfident. People try to ski above their level. They get brave on the bunny slopes, then they think they can head for the Black Diamond.

For the uninitiated, Black Diamond slopes are difficult with steep gradients, and they are often full of bumps. A Double Black Diamond is the most difficult rating and should be skied by experts only. If you get on one of these and you’re not an expert – well, you were warned.

According to a review article published in a January 2018 issue of the Journal of the American Academy of Orthopaedic Surgeons, the number of skier and snowboarder injuries continues to rise. The U.S. Consumer Product Safety Commission estimates more than 140,000 people were treated in hospitals, doctors’ offices and emergency rooms in 2015 for skiing and snowboarding-related injuries.

It might seem like common sense, but don’t ski above your level of comfort, and wear proper safety equipment, such as a helmet, gloves and goggles. Always use the helmet. A broken wrist or twisted knee can most likely be fixed, but a brain injury is much more serious.

The American Academy of Orthopaedic Surgeons says taking lessons is especially important for new skiers, and learning how to fall correctly can reduce the risk of injury.

I also recommend that you pick a time of day to ski when it’s less crowded, if you can. It has happened on crowded slopes where a skier has been struck by someone else moving much faster than them.

A wide range of injuries can occur, with injuries to ligaments more common than fractures. The majority fall into two groups: Knee injuries, particularly to the anterior cruciate ligament due to twisting; and because skiers and snowboarders often put their arms out to break a fall, a broken wrist or shoulder injury such as a fracture, separation or dislocation. A separated shoulder is an injury to the ligaments that hold your collarbone to your shoulder blade.

Injuries to the upper body can be worse as that part has an extra second to accelerate before hitting the ground.

Skiers who fall on an outstretched hand while holding a ski pole can get “skier’s thumb,” an injury to the ligament that connects the bones of the thumb together.

Snowboarding injures tend to be more common and severe than skiing injures, as ski bindings are designed to come loose in the event of a fall, with the skis flying away, while a snowboard remains attached. With the snowboard strapped on, those who fall often suffer twisting or rotational injuries to the knees, as well as a broken wrist or separated shoulder. Snowboarding injuries are more likely to require surgery or hospitalization.

Injuries to novice skiers also tend to be less severe than for those who are more advanced. More experienced skiers are also less likely to take a doctor’s advice.

Whether novice or experienced, the American Academy of Orthopaedic Surgeons recommends the following to stay safe on the slopes: 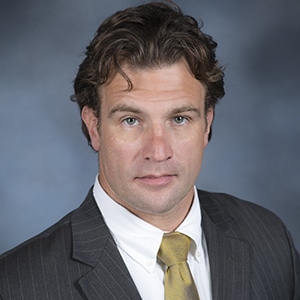 All posts by Lonnie Douglas, M.D.