Mercury poisoning can occur from dangerous exposure or consumption of the toxic metal methylmercury. The metal can come in different forms, like a vapor, or as a chemical in the food we eat.

Mercury is naturally present in our environment but increasing rates of pollution and industrialization have caused mercury levels to rise in soil and water, infiltrating the food chain.

Today, consuming foods with high levels of mercury is the most common way to experience mercury poisoning. Fish are largely linked to mercury poisoning because of the water they live in. All seafood contains small amounts of mercury, but large fish tend to have higher levels of mercury because of their consumption of smaller fish that carry it as well. When someone has a diet consisting of mostly fish, they are at a higher risk of experiencing mercury related symptoms.

The most common fish with high mercury levels are:

Children and pregnant women are most at risk for mercury poisoning. March of Dimes, a non-profit organization working to improve the health of mothers and babies, recommends no more than six ounces of tuna and eight to twelve ounces of other seafoods per week for pregnant and breastfeeding women to reduce risk of fetal or infant mercury exposure.

Mercury poisoning is usually diagnosed with a blood or urine test to check levels in your body and presents itself with mainly neurological effects. The United States Food and Drug Administration says that too much mercury can cause the following symptoms:

Long term damage from mercury poisoning can lead to permanent neurological changes, kidney damage and circulatory failure in some cases. This risk is especially high in young children.

While there is no “cure” for mercury poisoning, the best way to start your recovery is to discontinue your exposure to mercury through changes in diet, environment or lifestyle. When detected early, mercury poisoning can decrease in severity or be avoided altogether.

If you think you are suffering from mercury poisoning contact the Poison Control Center at 800-222-1222 who can provide you further direction. 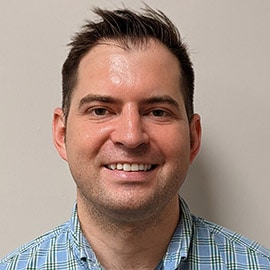 All posts by Matthew Eisenstat, M.D.