The UofL Health - Trager Transplant Center is the only center in Kentucky that performs pancreas transplants for both Type 1 and selected Type 2 diabetics. A pancreas transplant is a surgical procedure to fix diabetes. Patients receiving a pancreas transplant can be rest assured that our multidisciplinary transplant team has their best interest at heart and is trained to not only find the treatments that are best for you but, also walk you through from beginning to end. From determining if a transplant is right for you, to post-operative surgery, home care and support groups to get you back to your normal quality of life, we help you and your family navigate the emotional, logistical and financial concerns related to a transplant.

Your pancreas is an organ that lies behind the lower part of your stomach and is connected to the small intestine at the duodenum. The pancreas contains enzyme-producing cells that secrete both insulin and glucagon directly into the bloodstream. Together these functions play a valuable role in regulating glucose levels in the blood. Insulin lowers blood sugar levels while increasing glucagon in the liver. Glucagon, in turn, increases a falling blood sugar level. If these two enzymes fail to work together properly, diabetes occurs.

Varying pancreatic conditions can develop which can have a detrimental effect on the digestive enzymes in your abdomen. Prolonged scar tissue development in the pancreas can lead to loss of pancreatic functions.  Diabetes and digestion complications can also occur due to incorrect pancreas function.

In severe cases, most often found in patients with Type 1 Diabetes, the pancreas function will fail entirely, resulting in the need for a pancreas transplant.

Symptoms of pancreatic cancer can include:

Type 1 Diabetes: a chronic (lifelong) disease that occurs when the pancreas does not produce enough insulin to properly control blood sugar levels. Possible symptoms may include:

A pancreas transplant in someone with severe Type 1 Diabetes with healthy kidney function may drastically lower his or her risk factors associated with Type 1 Diabetes, oftentimes removing the need for insulin or dialysis. Pancreatitis can cause Type 1 diabetes due to the reaction of insulin such as consistent poor control of blood sugar. This can also lead to severe damage to the kidney.

Type 2 Diabetes: a chronic metabolic disease that affects how the body manages and uses glucose (sugar). Type 2 diabetes generally appears in adulthood but can also occur at a young age. Due to this, it is often referred to as adult-onset diabetes. Type 2 is more common than Type 1 diabetes, but both have the same issues of high blood sugar. When your body is digesting, carbohydrates from your food are broken down into glucose which is an important source of energy. This energy is absorbed by the cells as glucose leaves the blood. The blood signals your cells that the insulin traveling in your body to be absorbed. Insulin is produced by the pancreas. The body produces insulin as levels of glucose rise in your blood.

Symptoms of Type 2 diabetes are similar to Type 1, and may also include

Pancreatitis occurs when the pancreas is swollen (inflamed) after becoming irritated. This can cause tissue damage from the digestive enzymes. The toxins produced can also harm your lungs, heart, and kidneys.

Acute pancreatitis happens suddenly and lasts a matter of days. It is an inflammatory condition of the pancreas that may go away on its own in mild cases but can have life-threatening consequences if not treated properly. Gallstones, stones in the gallbladder, are the common cause of acute pancreatitis. The gallstones cause an obstruction of pancreatic fluid and bile into the duct, both resulting in injury to the pancreas. Other causes could be:

Abdominal pain is the most common symptom but can also include:

A recurrence of pancreatic attack episodes is a genetic condition that occurs in patients with hereditary pancreatitis (HP). This condition has been linked to a 40% risk of developing pancreatic cancer. This can cause lifetime effects, including permanent tissue damage and loss of pancreatic function. Diagnosing HP is done by genetic testing. Symptoms of HP are similar to those of pancreatitides such as abdominal pain, vomiting, and fever.

There is currently no cure for HP but several treatment options that patients can choose include:

Cystic fibrosis (CF) is a genetic condition that causes damage to the digestive system and lungs. This inherited disorder causes the body to produce secretion (mucus) that is sticky and thick. The mucus can then clog tubes, ducts and passageways in your lungs and pancreas. This causes life-threatening effects such as preventing the release of digestive enzymes to help absorb food and nutrients into the pancreas and can cause liver disease and block the bile duct.

Symptoms of cystic fibrosis may include:

Diagnostic tests may include: 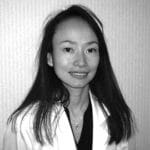 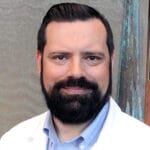 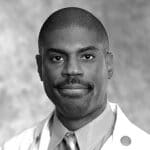 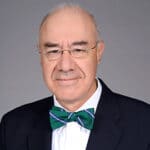 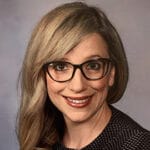 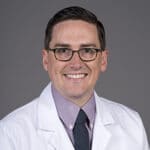 How to Calm First Day of School Nerves