Prev How to avoid passing COVID-19 to your baby 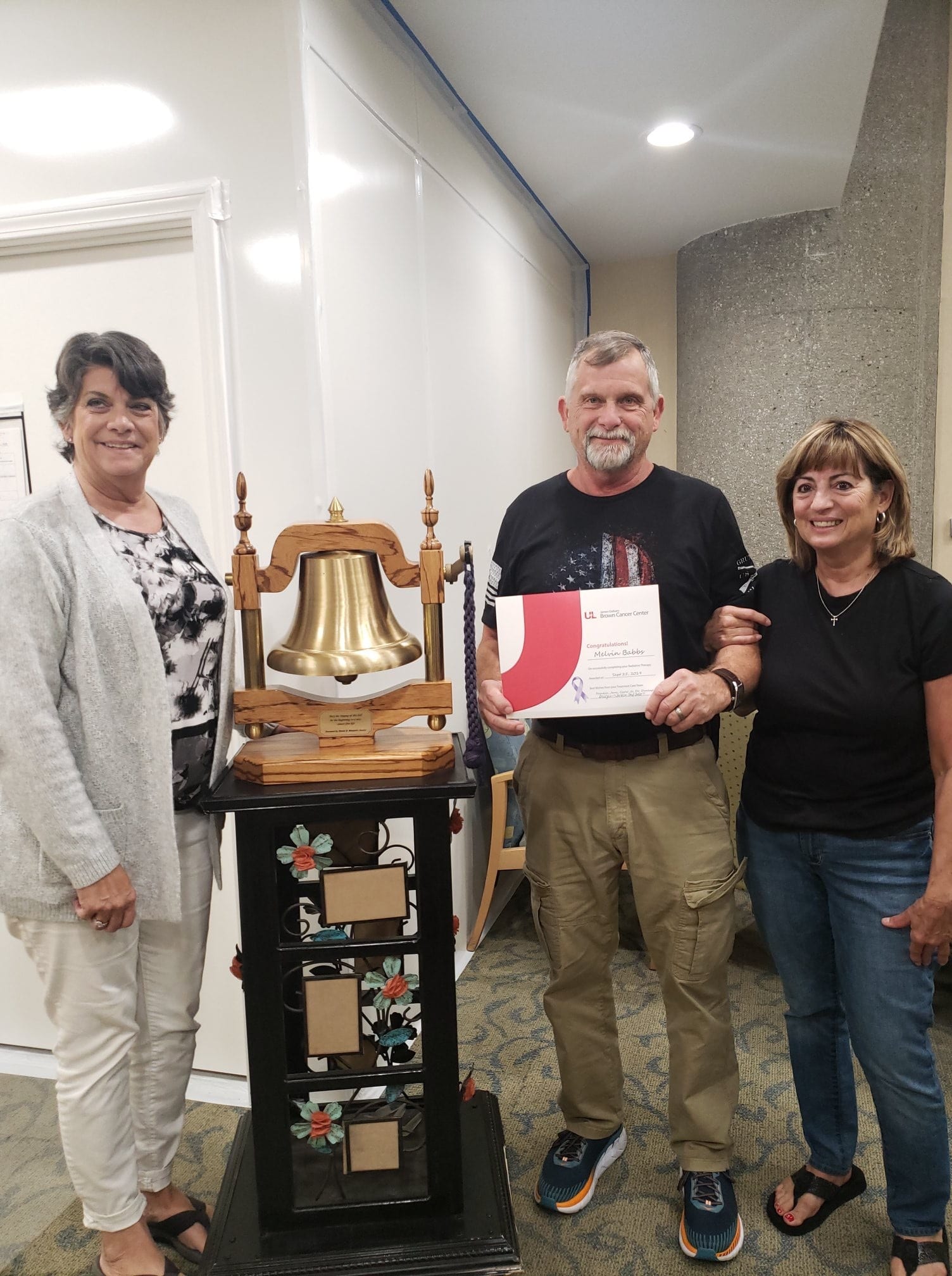 A sheet metal worker, hot rod lover, husband and grandfather is looking forward to his grandkids’ high school graduations after a clinical trial at UofL Health – Brown Cancer Center turned his life around.

Melvin Babbs of Clarksville, Ind. was first diagnosed with lung cancer in 2015. He had surgery to remove a golf ball sized cancer in the upper left lobe of his lung and went through chemotherapy. After four years, doctors said it was looking good. But one year later, at a follow-up appointment in October 2019, a scan revealed cancer again – this time in his right lung and adrenal gland. An MRI then revealed he had 20 lesions on his brain – it was stage IV cancer.

Doctors said if he continued without treatment, he may have only had two to three months to live. Instead, doctors at Brown Cancer Center offered a clinical trial that completely turned around his prognosis. 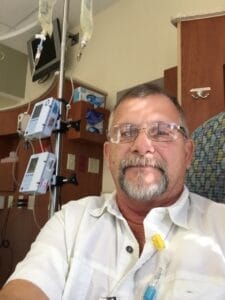 The trial was for a combination of two immunotherapies – nivolumab (Opdivo) and ipilimumab (Yervoy). This combination was recently FDA-approved as first-line treatment for adults with metastatic non-small cell lung cancer. The same combination was approved five years ago for the treatment of melanoma, and Brown Cancer Center was one of the top two accruing sites in the world for the first phase 2 trial testing. Five years later, having this combination approved for lung cancer patients means a huge population will benefit.

“Through clinical trials, the Brown Cancer Center is able to bring tomorrow’s treatments to patients today,” Dr. Rebecca Redman, medical oncologist and deputy director of clinical research, said. “Those treatments may include less toxic or less invasive alternatives, new drugs unlike any others approved for an individual cancer, or in Mr. Babbs’ case, a treatment regimen that has allowed him to live not only longer, but better.”

Immediately after being re-diagnosed in 2019, Babbs went through radiation. He then started the clinical trial with the combination of immunotherapy. Four months later, his doctor showed him the MRI – the lesions were shrinking.

“I’m not the man I used to be, but I feel good. It’s a blessing from God,” Babbs said. “The treatment makes me tired, but I don’t get sick off of it, and I can still do yard work and stay active.” 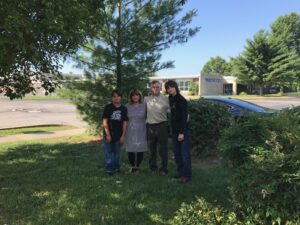 At one point, Babbs couldn’t walk or write his name, but now the 64-year-old says “I still have my youth and I can still weld if I want to.” He worked as a sheet metal worker for 32 years and loves to re-build cars, weld and build stuff out in the garage. He misses the days when we would fix up cars to sell. His favorite is a ’69 Z28 Camaro.

He also said this trial, which has now turned into an approved treatment, gives other patients hope.

Now Babbs plans to be here for a while. He’s been married for 44 years and he and his wife, Jeanette, are raising two grandsons, Dalton, 17, and Trey, 15. He has four more years until the youngest graduates from Christian Academy of Indiana, and he plans to be there for both of them.