Prev What to do when your child has palpitations

Are your child’s fainting spells something more serious?

Next Is it an emergency? Tips for caring for your sick child. 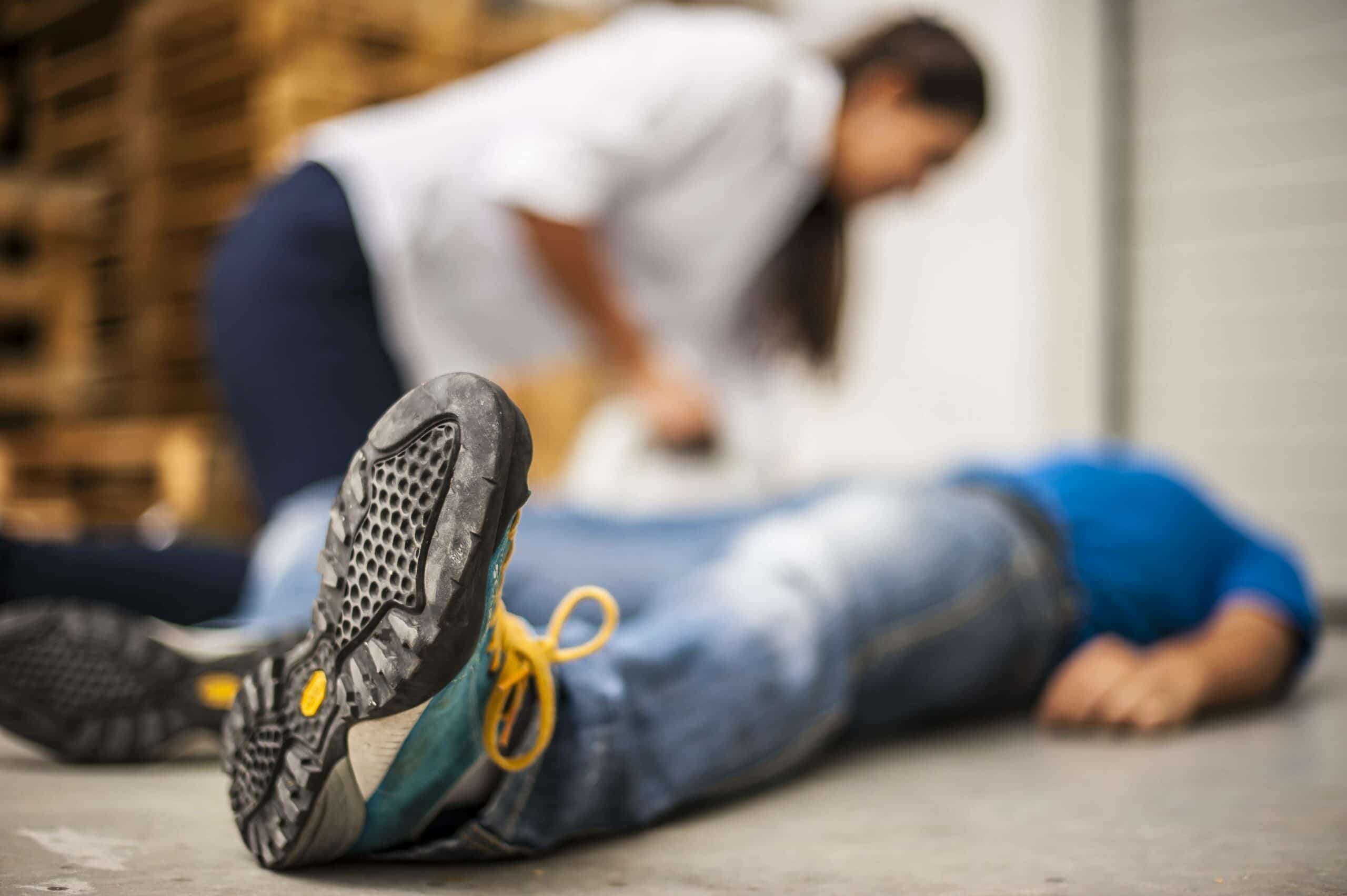 Anytime a child or teenager faints, “passes out” or “loses consciousness”, he or she and family members are often worried there might be something terribly wrong. The good news is that fainting or syncope (pronounced sin-koh-pee) in most older children and teenagers who are otherwise healthy does not automatically mean that they have a life-threatening condition. Having said that, even a benign faint can cause problems, such as getting hurt after falling down or not being able to play sports because parents and coaches are worried something bad might happen. Also, it is important to realize that in some rare circumstances, syncope may actually be due to a more serious underlying condition.

To understand why someone who is otherwise healthy might lose consciousness, think about what happens whenever you stand upright from a sitting or lying down. As soon as you stand up, gravity tends to force much of blood down into the blood vessels of your legs and feet. If your body didn’t respond appropriately, the blood would pool down there, so less blood would flow up to your brain. If your brain didn’t have the right amount of blood flow, you would first start to feel lightheaded or dizzy. If blood flow to the brain didn’t improve soon, you may see spots or graying out, and your hearing may become muffled. Next, you’d feel like you were about to faint, and then you actually would faint, and fall to the ground. Once flat on the ground, the force of gravity wouldn’t be a problem anymore, blood flow to the brain would be restored, and you’d wake up soon thereafter, usually feeling dizzy, disoriented and tired.

Fortunately, our bodies have intrinsic mechanisms to not let this happen every time we stand up. The first thing that happens upon standing is that the nervous system detects the gravity-related displacement of blood to the lower parts of the body. The nervous system then “tells” the blood vessels in the legs to tighten up, which starts to “milk” the blood back up to the head. In addition, the nervous system “tells” the heart to beat harder and faster, also helping to pump blood up to the head. When working correctly, all of these things happen automatically, without you even noticing it.

The most common reason that otherwise young healthy people experience profound dizziness or faint when upright is that the nervous system gets its signals crossed, not coordinating the blood vessels and heart like it should. In some people, this cross-firing may be triggered by other factors such as a hot shower, the sight of blood, hair-combing, etc. This condition has many names in the medical literature, including “benign or simple faint”, “orthostatic intolerance”, “vasomotor instability”, “neurocardiogenic syncope”, “vasovagal syncope” to name a few. Most people who have this problem don’t get dizzy or pass out every single time they get up, take a shower, etc. Instead, they often have good days (when they feel pretty good with minimal symptoms all day long) and bad days (when they have more problems with dizziness, fatigue, fainting and afternoon headaches).

Although feeling really dizzy or fainting certainly can be uncomfortable, it can usually be treated with some self-awareness and attention to nutrition and behavior. Some patients only feel better when medications are started. The good news is that this “condition” is usually temporary, and most children and teenagers eventually outgrow it over time.

Rarely, a child or teenager faints from a serious underlying heart condition, when the heart has temporarily stopped or not pumped effectively, resulting in a brief period of diminished bloodflow to the brain. Numerous kinds of heart disease can cause this, including those that interfere with normal contractions or plumbing of the heart (such as cardiomyopathy, aortic stenosis, pulmonary hypertension, and others) or interrupting normal cardiac rhythm (such as heart block, WPW syndrome, Long QT Syndrome, CPVT, and others). The primary concern for these patients is that the faint likely represented a temporary problem with the heart’s pumping function, and what would happen if that lasted longer or didn’t stop?

The primary purpose of the initial evaluation of anyone who has fainted is to decide if there is a serious underlying condition or not. The keys to sorting this out are taking a careful history (focusing on the exact details of what the patient experienced before, during and after the faint) and performing a careful physical exam. Things that may point to a serious problem include: (1) existence of a known cardiac, neurological or other significant medical condition, (2) fainting during active play or sports, (3) fainting all of a sudden, without any warning, (4) fainting accompanied by chest pain, difficulty breathing or palpitations, (5) fainting followed by bodily injury, seizure, tongue-biting or urinary incontinence,(6) fainting in young children,  or (7) finding abnormal heartbeats or cardiac murmur on exam.

Depending on the circumstances of each patient, sometimes tests help to confirm or rule out serious conditions. Tests that are sometimes obtained in children and teens who have fainted include: electrocardiogram, echocardiogram, treadmill stress test, Holter or event monitor, EEG, brain MRI, and blood and urine labwork.

For individuals who faint or have significant orthostatic dizziness, there are several ways to improve symptoms and reduce the chance of future episodes. Our main recommendation is for the patient to markedly increase fluid intake each day: we often recommend a teenager drink at least two 12-ounce glasses of non-caffeinated beverage at breakfast, lunch and supper, and try to drink even more between meals. It is important to start the day with fluids, to not skip meals, to allow the child/teen to have a water bottle at school, and to understand they may need to use the bathroom more often than others. Another dietary recommendation is increasing salt in the diet (sodium, not potassium). Salt helps the body hold onto fluids; caffeine, on the other hand, is a diuretic that makes it harder for the body to hold onto fluids. Please note, increasing salt may not be a good idea for patients with pre-existing hypertension, heart failure or kidney disease.

We also emphasize that the patient try to recognize the early warning signs of an impending faint. For example, if the child feels dizzy and it progresses, a faint may be coming soon, so he or she should sit down or lay down until the dizziness passes. Some people have fewer symptoms by avoiding long hot showers first thing in the AM, instead taking shorter and less hot showers after supper the night before when they’ve had plenty to eat and drink all day long. In addition, regular exercise (emphasizing the legs) is also recommended, as that improves the body’s ability to handle blood flow to the brain when you’re upright. Patients who continue to have symptoms despite these recommendations often benefit from one or more medications (for example, fludrocortisone, midodrine, beta blockers, SSRI agents, etc.).

Unfortunately, patients who have fainted and have serious cardiac conditions often do not improve with these treatments, and instead may require more invasive treatments such as other more potent medications, catheter ablation, implantation of a pacemaker or cardioverter-defibrillator, and/or cardiac surgery.

For further information about UofL Physicians – Pediatric Cardiology, visit the practice website. To learn more about Dr. Johnsrude, visit his physician profile or watch this video. Request an appointment online, or call (502) 585-4802. 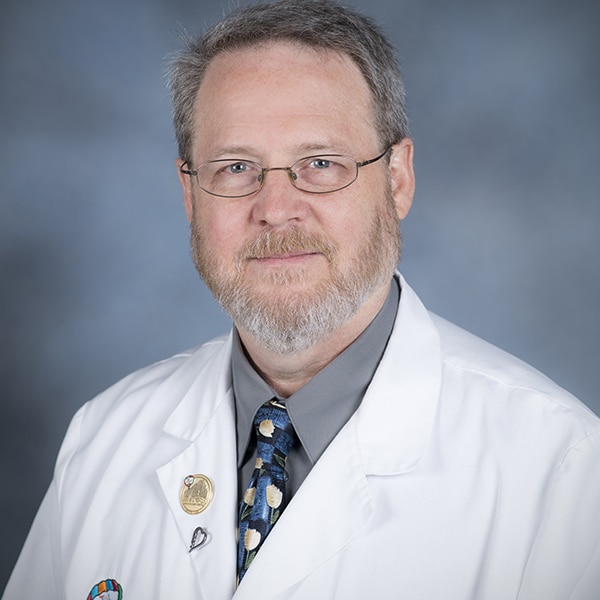 Dr. Christopher Johnsrude joined the division of Pediatric Cardiology in the UofL Department of Pediatrics in 2002. He is an associate professor in the Department of Pediatrics, director of the Pediatric Arrhythmia Service at Norton Children’s Hospital, and co-director of the Norton Children’s Hospital Heart Center. He received his bachelor of science degree at Duke University, master of science degree at University of Michigan and medical degree at the Brody School of Medicine (East Carolina University). He completed an internship and residency in pediatrics at Cincinnati’s Children’s Hospital Medical Center and fellowships in pediatric cardiology and pediatric electrophysiology at Baylor College of Medicine (Texas Children’s Hospital). Prior to moving to Louisville, he was an assistant professor at the Feinberg School of Medicine at Northwestern University in Chicago where he served as associate director of Pediatric Electrophysiology and director of the pediatric cardiology fellowship training program at the Children’s Memorial Hospital. He is board-certified in pediatrics and pediatric cardiology, and is a fellow of the American Academy of Pediatrics and American College of Cardiology. His areas of interest include cardiac arrhythmias in children and adults with congenital heart disease, electrophysiology studies, 3-D EP mapping, catheter ablation, pacemakers and cardioverter-defibrillators.

All posts by Christopher Johnsrude, M.D.