Prev Are you an organ donor? Here’s why you should be

Next When to use an EpiPen® 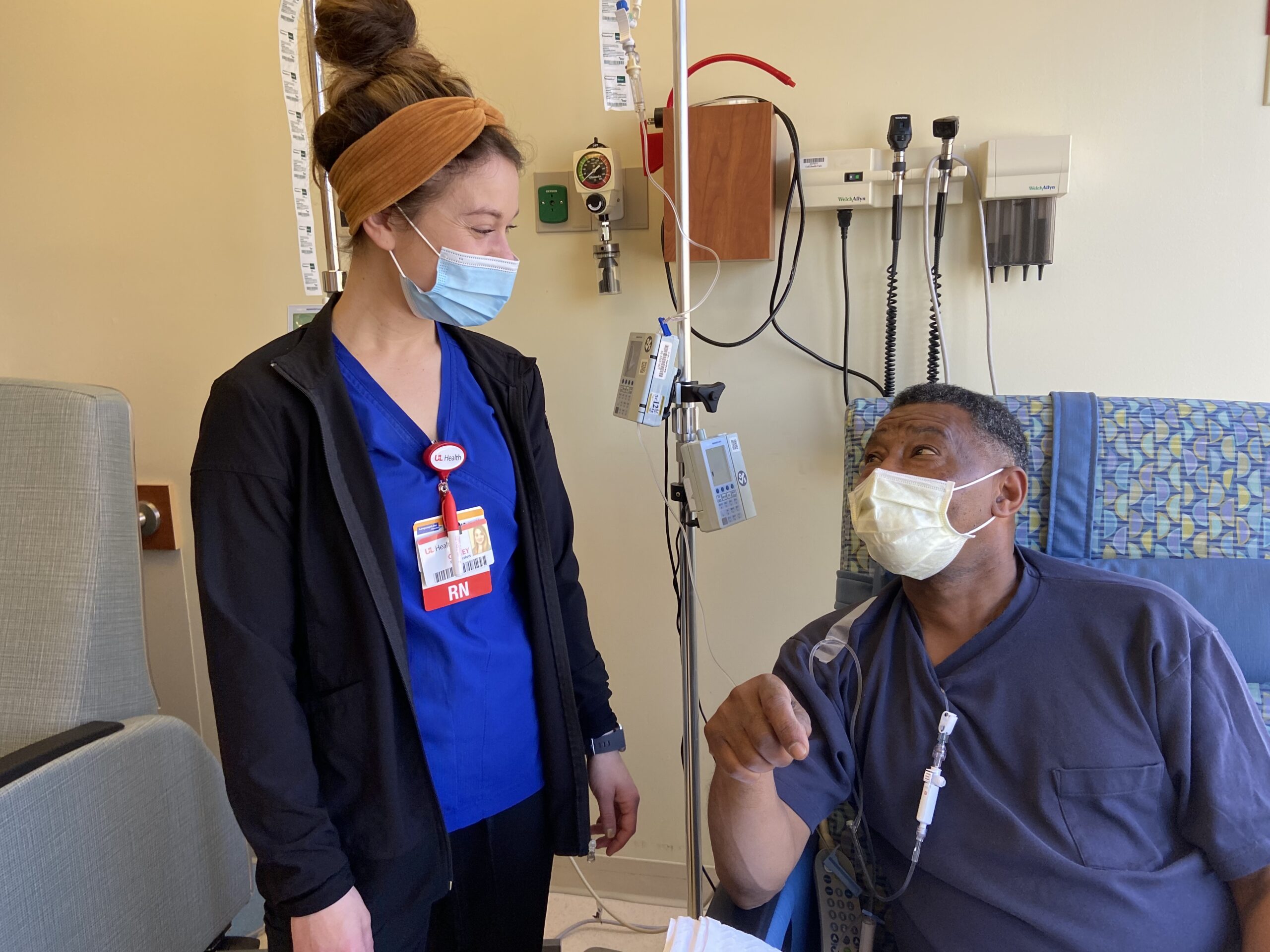 His doctor’s plan was to cut out portions of his lungs, but instead Taylor sought a second opinion at UofL Health – Brown Cancer Center. “Thank God I had the right team. I feel so lucky to be alive and this place feels like home,” Taylor said.

After being diagnosed, Taylor’s case, like all patients at Brown Cancer Center, was reviewed by a multidisciplinary cancer team. These teams are focused around and have specialized expertise in one type of cancer. Dr. Matthew Black , a thoracic surgeon; Dr. Jason Chesney , a medical oncologist; and Dr. Neal Dunlap , a radiation oncologist, are the core part of Taylor’s multidisciplinary team. “They came up with the game plan,” Taylor said. “But there were so many more people on my team.”

Dr. Chesney, who is also director and chief administrative officer for Brown Cancer Center, said, “Our multidisciplinary teams are unique. Other cancer centers have tumor boards where they review cases, but ours bring all of the sub-specialists to the same table to talk about one subject – in this case, lung cancer. At Brown Cancer Center, you’ll find an oncologist focused on one site in the body, one type of cancer rather than a group of individuals who focus on all types of cancer. We do this day in and day out, so we have a more specialized expertise in your particular type of cancer.”

Taylor’s treatment was aggressive. He went through 21 rounds of chemotherapy, 39 rounds of radiation including a week of Cyberknife treatments for his left lung which was a more aggressive cancer, and he is currently going to the cancer center two times a month for immunotherapy infusions. The immunotherapy will retrain his immune system to recognize and attack the remaining cancer cells.

From the infusion nurses and radiation therapists to everyone part of his multidisciplinary team, Taylor couldn’t be more grateful for the care he’s received. Having been diagnosed toward the beginning of the pandemic and not having family at home, except his two teacup yorkies, Taylor said, “I’ve been going through this with my team. They’re my family here… Thank you for all you do for me and for everybody who comes to Brown Cancer Center. If I could give them all flowers, I would. They are true hometown heroes.”

For anyone who has recently been diagnosed with lung cancer, Taylor said, “There’s hope – and it starts here at Brown Cancer Center. I’m living proof.”