What to Know About Monkeypox

Next What is a Speech-Language Pathologist?

The first probable case of Monkeypox has hit not only Kentucky but someone in Jefferson County. There have also been cases reported in surrounding states like Indiana and Ohio. With the growing concern about this viral infection, it’s important to know what it is and how to protect yourself and others.

Monkeypox is a rare virus derived from monkeys first discovered in 1958 and first present in humans in 1970. Until recently, the disease has rarely existed outside of central and western African countries as an endemic. This year, more than 100 cases have been reported outside of Africa, primarily in Britain, Spain and Portugal. New cases have been identified in Austria, Canada and the United States.

In humans, monkeypox presents itself as a milder version of smallpox, beginning with flu like symptoms: fever, headache, muscle ache and fatigue. Lymphadenopathy, swollen lymph nodes, may occur in the neck, axilla or groin areas. This symptom is specific to monkeypox and differs from the smallpox virus.

One to three days after symptoms begin, one may develop a rash, typically starting on the face, mouth or tongue, then extend to other parts of the body, The rash begins as a flat red bump that raise and fill with fluid before scabbing over and falling off. This process occurs over a period of two to three weeks, with rash changes evolving every one to two days. The incubation period from infection to symptoms is usually seven to fourteen days but can range from five to twenty-one days. Symptoms may last two to four weeks, with more severe cases observed in children.

Monkeypox can enter the body from direct or indirect contact on broken skin, inhaling respiratory droplets or from touching the mucus membranes of the eyes, nose and mouth with infected material.

While the Centers for Disease Control and Prevention (CDC) is tracking the disease and taking precautions to prevent further spread, there are a few things you can do to avoid infection:

Per the CDC, “JYNNEOSTM  (also known as Imvamune or Imvanex) is an attenuated live virus vaccine which has been approved by the U.S. Food and Drug Administration for the prevention of monkeypox. The Advisory Committee on Immunization Practices (ACIP) is currently evaluating JYNNEOSTM for the protection of people at risk of occupational exposure to orthopoxviruses such as smallpox and monkeypox in a pre-event setting.”

If you have questions about the monkeypox virus, visit the CDC website or contact UofL Health – Infectious Diseases for more information. 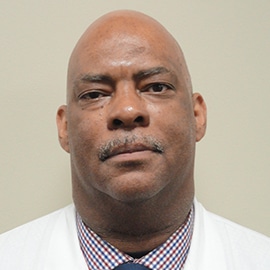 Mark V. Burns, M.D. is an infectious disease specialist at UofL Health and an assistant professor of medicine at the University of Louisville. Dr. Burns earned his medical degree from the University of Louisville School of Medicine. He then completed his residency with UofL Internal Medicine before completing his fellowship at UofL Health – UofL Hospital. He is certified with the American Board of Internal Medicine - Infectious Diseases.