Tips for feeding your infant or toddler

Next Feeding your picky eater 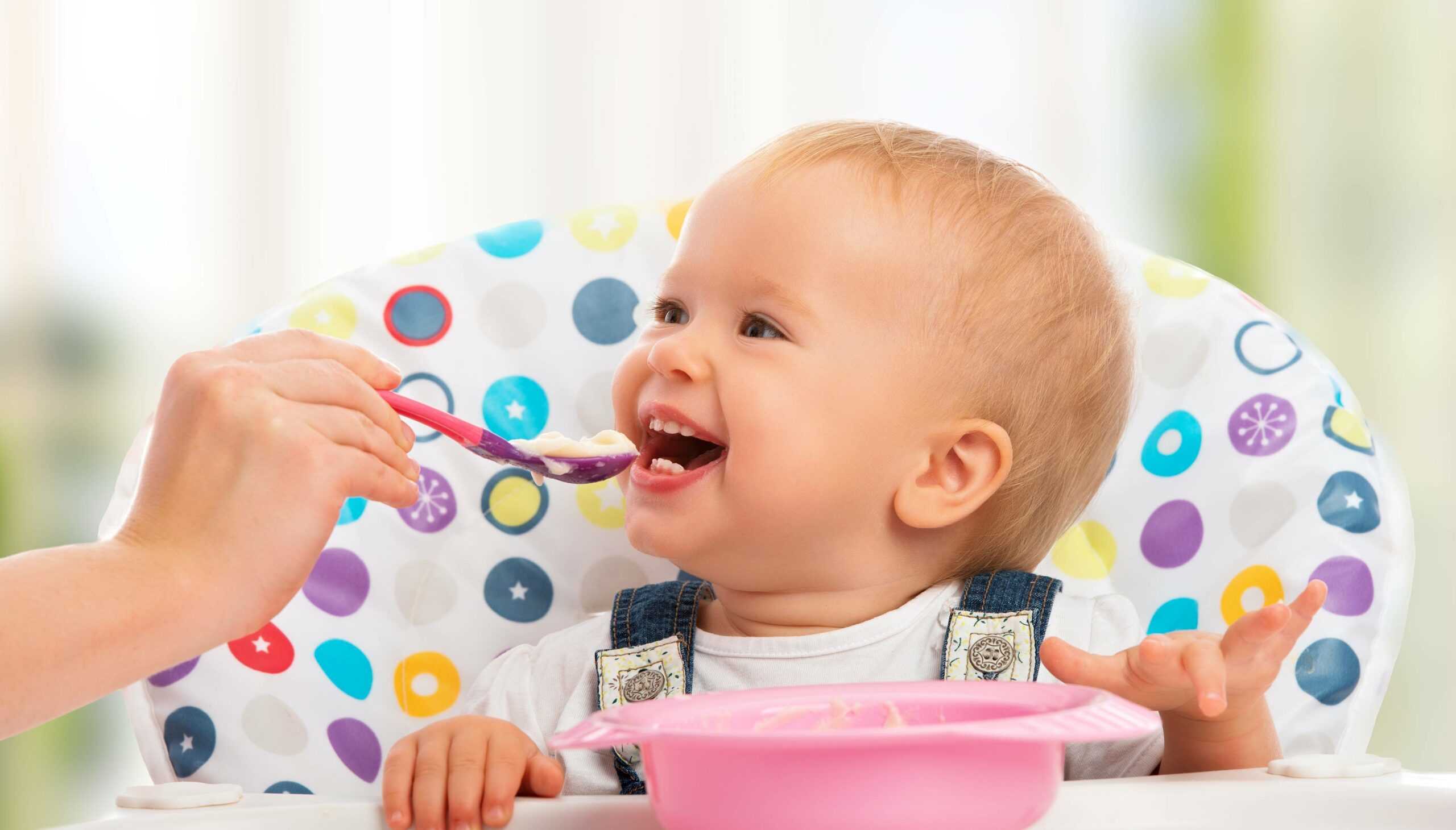 When caring for a newborn, feeding is probably the single most important thing that parents do for their infant. Feeding is therefore very tightly bound up in our feelings about parenting from the very beginning.

Recommendations for feeding infants usually consist of exclusive breastfeeding (or exclusive formula feeding if breastfeeding is not possible) until approximately six months of age. There are several good reasons for this.

Breast milk has been developed through millions of years of evolution to be the perfect food for young humans. Exclusive breastfeeding has shown to help protect infants from many infections as well as allergies. There are changes in the intestinal tract at about 4 months which make it less likely to develop allergies when fed foreign (not breast milk) proteins. Babies fed solid foods earlier than 4-6 months of age have a greater chance of developing obesity than those fed solids later. Babies also develop better head control at 4-6 months of age, making it less likely that they would choke on solid food in their mouths.

Solids can be introduced at 4 or preferably 6 months. Rice cereal is usually recommended for the first solid feeding as it is easily digested. Start with a small amount of cereal – a tablespoon or two – and add milk (breast or formula – not cow’s milk) and mix to make an oatmeal-like consistency. The first spoonful of cereal often comes right back out as the baby tries to learn how to use the tongue to move food to the back of the mouth.

Most babies take about a week to figure out how to swallow solids, so be patient. If the baby is very hungry, it might make sense to give a breast or part of a bottle first, and then try some cereal. Use the second breast or the rest of the bottle to wash down the cereal.

There are several different methods of starting solids: some start cereals first, then progressing to fruits, vegetables and meats. Others recommend different sequences – cereal, vegetables, fruits, and then meats. Some even begin with meats. Ask your pediatrician about his/her preferences.

In any case, do not start more than one new food at a time, for about 3-4 days. This will allow for identification of any food allergies. Wheat containing foods should follow other cereals, and in limited amounts. There is some controversy here, with some studies recommending wheat at 4-6 months, while others recommend 7-9 months.

Babies need pureed food until they have several teeth. The first tooth usually appears at about 6 months of age, but it is not unusual for teeth eruption to be quite delayed, even past the first birthday. Teething is usually accompanied by some fussiness and perhaps a low-grade fever. Some Tylenol and something cold and squishy to gnaw on can often give the teething infant some relief.

For most of the first year, parents need to put the food in the baby’s mouth. This changes around the first birthday, as the need for autonomy arises. Babies want to feed themselves rather than be spoon fed at this age. Using two spoons can be helpful, giving the baby one to use and using another spoon yourself to occasionally get a spoonful in the mouth. Babies will also begin to develop taste preferences as part of their emerging autonomy. Be flexible, as mealtimes should not be times of stress.