As many as 1 million people in the US and an estimated seven to 10 million worldwide live with Parkinson’s disease and other movement disorders. Whether you have a diagnosis, or you are searching for answers, it is critical to find neurologists who specialize in the diagnosis and treatment of these conditions. The neurologists at UofL Physicians – Parkinson’s Disease and Movement Disorders are highly trained in diseases that affect physical movement, such as Parkinson’s disease. Whereas a general neurologist may treat patients with any of more than 100 neurological conditions, the movement disorders specialists at UofL Physicians – Parkinson’s Disease and Movement Disorders focus on a handful of disorders allowing us to build extensive experience and expertise on the treatment of these diseases. In addition to our partnership with the University of Louisville School of Medicine, the UofL Physicians – Parkinson’s Disease and Movement Disorders neurologists research and teach about movement disorders giving us access to world-renown experts and state-of-the-art treatments.

Movement disorders can be relentlessly progressive and disabling conditions. Untreatable a mere 50 years ago, there has been steady progress in the treatment of these conditions. Recent advances in our understanding of the mechanisms of these disorders have led to tremendous progress in treatment — both medical and surgical. The UofL Physicians – Parkinson’s Disease and Movement Disorders team are committed to advancing this progress and achieving our mission of improving the lives of patients suffering from these disorders.

At the UofL Physicians – Parkinson’s Disease and Movement Disorders our experts treat Parkinson’s disease and other movement disorders.

Parkinson’s disease is a disorder of the central nervous system that affects movement. The disorder results from the loss of cells in various parts of the brain, including a region called the substantia nigra. The substantia nigra cells produce dopamine, a chemical messenger responsible for transmitting signals within the brain that allow for coordination of movement. Loss of dopamine causes neurons to fire without normal control, leaving patients less able to direct or control their movement.

Atypical parkinsonism is a term used for disorders mimicking Parkinson’s disease, but generally with poor response to dopaminergic medications. These conditions include multiple system atrophy (MSA), progressive supranuclear palsy (PSP) and corticobasal syndrome (CBS). Patients with MSA present with similar symptoms as in Parkinson’s disease, with additional signs of often severe autonomic nervous system dysfunction, manifest with orthostatic hypotension, constipation, urinary incontinence, erectile dysfunction and gastroparesis. PSP leads to early problems with balance and falls, as well as eye movement abnormalities. In CBS, parkinsonian signs are asymmetric, commonly leading to stiffness and slowness in one side of the body as well as cognitive difficulties. Other conditions that can be mistaken for Parkinson’s disease are Lewy Body Dementia and Normal Pressure Hydrocephalus.

Huntington’s disease and other choreic illnesses

Huntington’s disease is an inherited disease that causes the progressive breakdown of nerve cells in the brain. Huntington’s disease has a broad impact on a person’s functional abilities and usually results in movement, thinking and psychiatric disorders.

UofL Physicians’ Movement Disorders Clinic has been named a National Center of Excellence in treating Huntington’s disease by the Huntington’s Disease Society of America. HDSA Centers of Excellence provide an elite multidisciplinary approach to care and research.

Patients at Centers of Excellence benefit from expert neurologists, psychiatrists, therapists, counselors and other professionals who have deep experience working with patients and families affected by Huntington’s disease, and who work collaboratively to help them plan the best program of care throughout the disease’s course.

Tourette syndrome is a nervous system disorder that starts in childhood. It involves unusual repetitive movements or unwanted sounds that can’t be controlled. For instance, you may repeatedly blink your eyes, shrug your shoulders or jerk your head. In some cases, you might unintentionally blurt out offensive words.

In dystonia, your muscles contract involuntarily causing uncontrollable repetitive or twisting movements of the affected body part. Your symptoms may be mild or severe and may interfere with your performance of many day-to-day tasks.

Tremor is an unintentional, involuntary movement that can affect the hands, arms, head, face, voice, trunk and legs. There are many types of tremors, but the two most common are essential tremors and resting tremors.

Essential tremor is a nervous system disorder (neurological disorder) that causes rhythmic shaking. Essential tremor can affect almost any part of your body, but the trembling occurs most often in your hands -- especially when you try to do simple tasks such as drinking from a glass, tying shoelaces, writing or shaving. Essential tremors may also affect your head, voice, arms or legs.

The resting tremor, which is classically seen as a “pill-rolling” action of the hands that may also affect the chin, lips, legs and trunk can be markedly increased by stress or emotions. This tremor is most common in Parkinson’s disease patients.

Myoclonus refers to a quick, involuntary muscle jerk. For example, hiccups are a form of myoclonus. So are the sudden jerks, or “sleep starts,” you may experience just before falling asleep. These forms of myoclonus occur in healthy people and rarely present a problem. They may also occur with metabolic syndrome a disorder of energy utilization and storage, neurodegenerative disorders such as Parkinson’s, Alzheimer’s, and Huntington’s or after cardiopulmonary arrest.

Ataxia describes a lack of muscle coordination during voluntary movements, such as walking or picking up objects. A sign of an underlying condition, ataxia can affect your movements, your speech, your eye movements and your ability to swallow.

Functional movement disorders (FMD) are common conditions characterized by abnormal control of movement due to miscommunications in the central nervous system. Patients affected by FMD can experience tremors, jerking movements, abnormal body posturing, gait and speech problems, and often complain of fatigue and difficulties with concentration and thinking. FMD can be triggered by psychological or physical stress and trauma and is a potentially reversible condition. Our clinic offers a comprehensive evaluation of FMD patients in a multidisciplinary team and rehabilitation services.

Because no two cases are alike, the neurologists and treatment team at UofL Physicians – Parkinson’s Disease and Movement Disorders understands that when it comes to Parkinson’s disease, “state-of-the-art” treatment could mean a new exercise regimen for one person, medication for another and surgery for another. The key to determining the most effective treatment plan is to complete a comprehensive evaluation to understand the individualized needs of each patient.

Medications can help you manage problems with walking, movement and tremors. Over time, however, the benefits of drugs frequently diminish or become less consistent, although symptoms usually can continue to be fairly well controlled. The key is constant monitoring and testing to ensure that the proper medications at the most appropriate level are administered to the patient.

Deep brain stimulation. In deep brain stimulation (DBS), surgeons implant electrodes into a specific part of your brain. The electrodes are connected to a generator implanted in your chest near your collarbone that sends electrical pulses to your brain and may reduce your Parkinson’s disease or tremor symptoms. At UofL Physicians – Parkinson’s Disease and Movement Disorders our neurosurgeons will determine when and if this surgery is an appropriate option.

UofL Physicians – Parkinson’s Disease and Movement Disorders experts are involved in research and clinical trials evaluating new treatment options for movement disorders. Through clinical trials, some patients can access experimental treatments that are not otherwise available.

At UofL Physicians – Parkinson’s Disease and Movement Disorders, our goal is to support the physical well-being of the patient and to alleviate the stressful “non-physical” aspects of living with these disorders. We also realize that the patients’ caregivers and family members may experience stress and even depression. As a result, additional support is offered including: 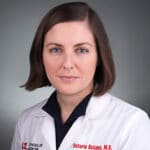 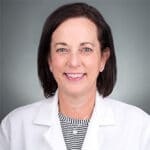 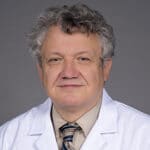 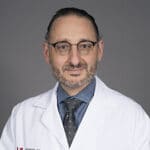 Put Me In Coach!